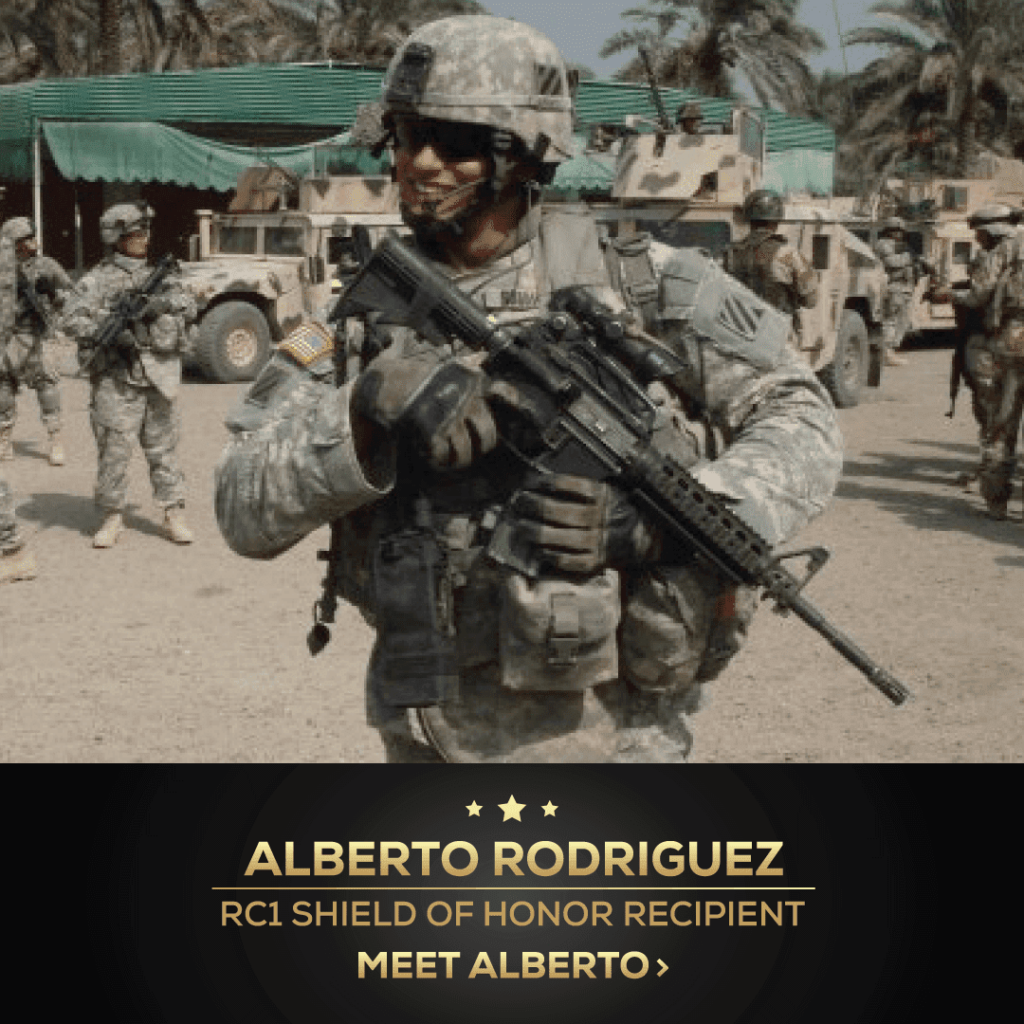 After his last deployment in 2011 to Iraq, his injuries started to deteriorate and he was not able to perform his duties. This transition from elite warrior to citizen has been very hard, especially due to numerous combat-related medical issues including scoliosis; L5-S1 fusion; arthritis in his spine, neck, knees and ankles; TBI with short term memory lost; PTSD; migraines with photophobia; Tinnitus; Degenerative Joint Disease; obstructive sleep apnea and severe hyperhidrosis.

Alberto was nominated for the RC1 SHIELD OF HONOR donation by his wife, Yesenia, whose hope is for her husband to one day enjoy the simple things in life like indulging in a nice meal and spend time doing things that he loves. The money will be used to help the Rodriguez family with finances as well as a home gym.